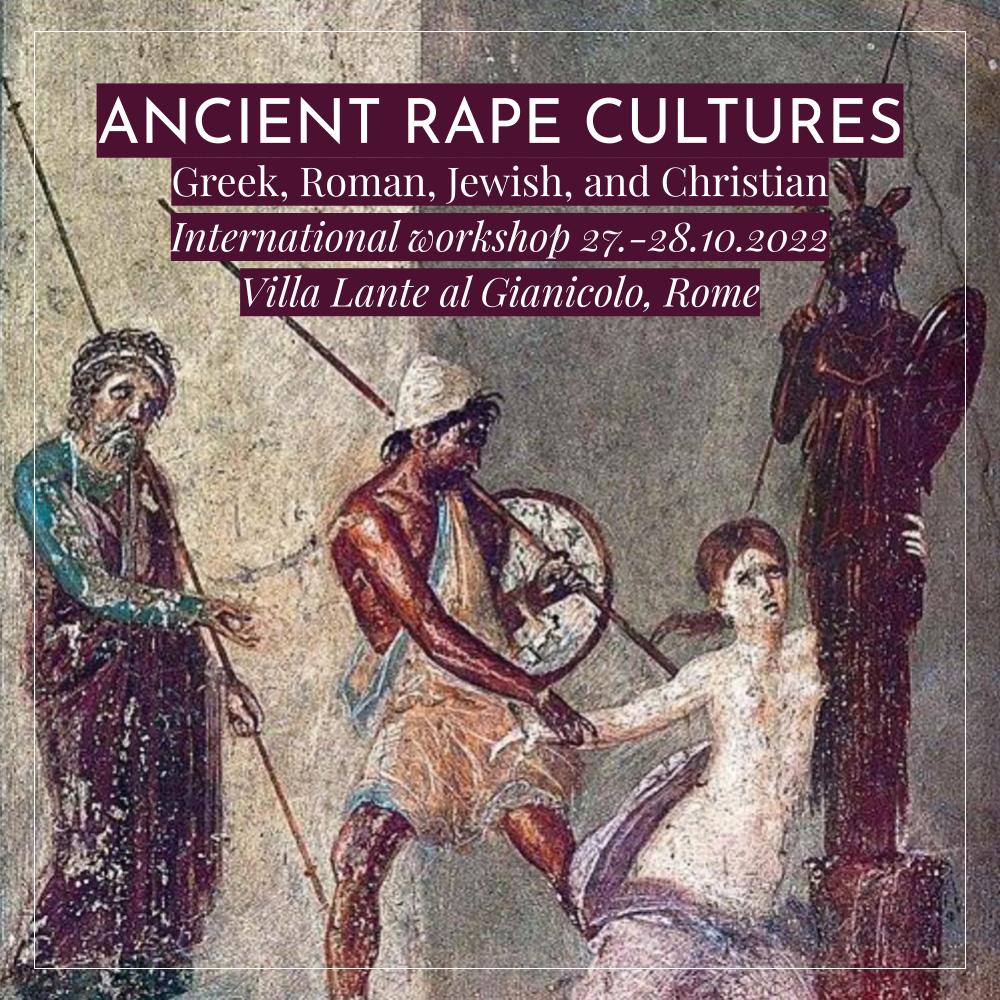 Conference at Institutum Romanum Finlandiae (The Finnish Institute in Rome)

The concept of ‘rape culture’ refers to a cultural environment in which sexual violence is not only common but also normalized and therefore largely invisible and unreported. While it might be anachronistic and provocative to label the ancient Mediterranean world in general as a ‘rape culture’, we believe the concept can be useful in exploring the literary narratives and visual representations of gender-based violence in the surviving ancient sources. As various studies have demonstrated, sexual violence is one of the most predominant themes in ancient narrative traditions. Not only is the phenomenon common, but in both mythical and historical storylines it is often naturalized as an essential part of the world, and as a defining element of its hierarchies and power structures. Furthermore, in ancient storytelling, sexual violence wields great narrative significance: it is often an act that sets the events in motion and motivates the actions of the heroes and the protagonists.

Ancient narratives have had a profound influence on the ways in which sexual and gender-based violence have been represented in the later Western culture. The “Ancient Rape Cultures: Greek, Roman, Jewish, Christian” conference aims to understand this ambivalent legacy by fomenting interdisciplinary discussion of the similarities, differences and connections between the different ancient narrative traditions: Greek, Roman, Jewish, and early Christian. We invite papers examining how gender-based violence has been narrated and represented in different cultural contexts in antiquity, and how the theme has been utilized to construct cultural, ethnic, and religious identities. The call for papers is addressed to scholars from all disciplines across Classics, ancient history, art history, biblical studies and studies of religion.

We welcome proposals dealing with – but not limited to – one of the following topics:

Presentations of ca. 20 minutes can be given in English or Italian. If you are interested, please send an abstract of no more than 300 words and a short bio to by 7th August 2022.